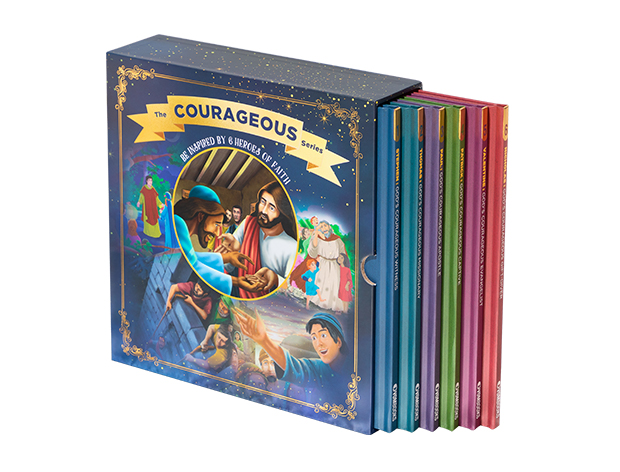 Five Ways to Pray During the Virus Pandemic

1. Pray for the protection of those not infected and for the healing of those who have become infected. Pray that they will trust in God and feel His presence and care each day.

2. Pray that Christians around the world and in the U.S. will seek opportunities to advance God’s kingdom amid the confusion and fear caused by the pandemic.

3. Pray for eternal fruit as Christians in China and other nations reach out to those affected by or fearful of the coronavirus.

4. Pray that followers of Christ will see God’s goodness amid hardship, sickness and loss caused by the coronavirus and that they will convey His goodness and hope to those around them.

5. Pray that this crisis will lead government officials in hostile areas and restricted nations to the truth of the gospel and the hope found only in Jesus Christ.

Posted in Spotlight, What You Can Do | Share | Comments Closed

India: Attacks on the Rise

Prakash and the Bull
Prakash is a Hindu farmer in India. Hindu teachings tell of many gods, even though Hindus may believe in one main god. Hindus have great respect for idols of Hindu gods.

Prakash did not always behave well. Sometimes he drank a lot of liquor and got drunk. He attended Christian worship services from time to time. Perhaps he was looking for the truth and for answers to his problems.

One day, a stray bull wandered into Prakash’s field. Prakash threw a rock at the bull to scare it away. But Prakash was drunk, and he missed the bull. Instead he hit a Hindu idol standing at the edge of his field.

END_OF_DOCUMENT_TOKEN_TO_BE_REPLACED

In 2008, a Hindu priest in India was attacked, and he died of his wounds. A Maoist (Communist) group admitted that they were responsible for the attack.

But some Hindus blamed Christians for the crime. The police arrested seven Christian men and put them in prison. Two of the men were Budhadeb Nayak and Gornath Chalanseth.

Encouragement
At first, Budhadeb was distressed in prison and hardly able to sleep. He worried about his wife and children. His friend Gornath comforted him and reminded him that God was with them. “Cast out all your burdens to Jesus,” Gornath told Budhadeb. “Jesus will fix all your problems.”

Ruth
Gornath’s wife, Ruth, cried for three or four months after the men were imprisoned. “I was very much worried,” she said. “I used to think, how will I raise my children?”

Then her 14-year-old son encouraged Ruth just as his father had encouraged Budhadeb. “Mom, why can’t you pray?” he asked her. “If you start praying, God will comfort you. God will solve your problems.”

Ruth’s 7-year-old son also encouraged her. “Come to our room,” he said to his mother. “Let us pray. We only hope on Jesus. He will solve our problems.”

Ruth received help from other Christians, including The Voice of the Martyrs. “Then a lot of godly people began to help us,” said Ruth. “Whatever needs we had slowly became solved.”

After 11 years, the men were freed. (See the photo above of Ruth, her children, and friends welcoming Gornath when he was released.) In prison, Gornath had promised God,” If You will release me from jail, I will proclaim Your gospel and I will serve You.” He has not forgotten the promise. “Every Sunday I go and I share the gospel,” he said.

To Think About
Is there a Christian child or adult you can encourage today?

(Source: August 2020 The Voice of the Martyrs magazine. Edited for length and age-appropriateness.)

The Adoniram and Ann Judson Story

Missionary Adoniram Judson was born on August 9 in 1788.

You can read a review of the Torchlighters DVD, The Adoniram and Ann Judson Story by the Kids of Courage student reviewer, Elise Wixtrim, and watch a trailer for the DVD below.

Adoniram and Anne Judson, missionaries to Burma (Myanmar), led very interesting lives. Even though many people told them they couldn’t go to such an unreached and dangerous country, the couple was successful in ministering to the native people of that land. The Torchlighters animated special about their life is equally fascinating.

The missionaries Judson have a calling in Burma, and that is to translate the Bible using the only known English-to-Burmese dictionary. However, along the way, they find much opposition to the message of the Gospel. The local Buddhist priests, especially, are afraid of what the missionaries will do.

Eventually, Adoniram is sent to prison under suspicion of spying for the British, who are enemies of Burma. As the prisoners and their guards, along with Anne Judson and their child, flee the British army, Adoniram loses the Bible translation – however, a recent convert and friend of the missionaries finds the sole copy of the Burmese Bible, wrapped in a pillowcase.

After Adoniram and Anne are released, they continue to translate and grow the Burmese church, even after the deaths of Anne and their child. This is a beautiful story, an example of dedicated missionaries to a lost world. I highly recommend the Torchlighters version of the story of Anne and Adoniram Judson; it is well-written and entertaining.

Find additional resources that include stories about the Judsons and Burma here and here.

To Do
Six years before Adoniram Judson was born, George Liele, a former slave, left the U.S. and traveled to Jamaica, where he started a church and spread the gospel for many years. Do some research to find out more about Mr. Liele’s life and work.

The previous post told ways The Voice of the Martyrs helps persecuted Christians, families, and workers who spread the gospel in areas where Christianity is restricted.

VOM recently provided a church in Central Asia with a swimming pool! (See the photo. The faces are covered to protect their identity.) The pool is used for baptisms.

“Thank you very much,” the pastor said. “There is hardly ever a chance, and it’s not safe anyway, to administer baptisms in a public place. This blessing from you is very useful to us.” The church can now hold baptisms inside a private property.

(Source: August 2020 The Voice of the Martyrs magazine.)

There are 16585 total users registered on this site.